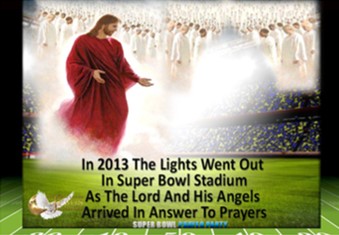 In 2013, I was at my desk working on a book. The Lord Came to me and said that the Super Bowl game was the next day, and that He Wanted me to pray for His people. I went back to work on the book. The next day, I left the tv on in the background behind as I worked. I was totally absorbed in the research and writing to the exclusion of all else, oblivious to what was happening on the tv. I was vaguely aware that the halftime show with Beyonce was just ending. The Lord Came to me again. “Patty, you promised you would pray for my people.” “Yes, Lord.” I instantly dropped what I was doing. As I stood up I reached for various tools I used in prayer that focused on appropriate Scriptures.

I was prayer walking back-and-forth in front of the tv, glancing at it now and then. After quoting Scriptures and asking The Lord to Move on His people and help them according to the Scriptures, I started doing mass deliverance on all 70,000 people in the stadium and included those watching. That means the people watching in their homes, bars and clubs, and across the world in 119 countries.

Something amazing happened. Holy Spirit overshadowed me and stopped me in my tracks. My head turned quickly to the right towards the tv, under His Control. I could not move. Stunned, my eyes opened wide as I saw the Lord Arriving out of the skies, followed by thousands upon thousands of angels all in white. It was like a cloud of His Glory that also encompassed the angels. Yet each figure, with Him Leading at the front, was clearly defined. What happened next, was sheerly amazing! The moment His Foot “TOUCHED DOWN” on the turf in Super Bowl Stadium, the lights went out. For over half an hour the lights were out. God called a “time out!”

And Jesus Came and Spake unto them, saying, All POWER is Given unto Me in heaven and in earth. Matthew 28:18

He Stood in the middle of the stadium, as angels were going to and fro across the whole crowd. They would come back periodically to Him for further assignments. Thoughts were exchanged, as to what they should do next and to which person they should go.

How God anointed Jesus of Nazareth with the Holy Ghost and with power: who went about doing good, and healing all that were oppressed of the devil; for God was with him. And we are witnesses of all things which he did both in the land of the Jews, and in Jerusalem; whom they slew and hanged on a tree: Acts 10:38-39

I take NO CREDIT. HE Gets ALL THE GLORY!!!!! It pays to be obedient, the MOMENT He Asks you to do something. It is training, and testing as well. You see, one moment of delay…….is disobedience, and therefore rebellion: “my will vs. Thy Will.”

It takes a lot of work and a lot of time to document the things of God and put them in a orderly fashion and then into videos. An unspeakable privilege. He is my world! He IS the Center of my life. And though I have been through untold suffering, it disappears the moment He Opens your eyes to see His Glory and His Wonder.

GOD IS REAL! HE IS WORKING ON US AND FOR US CONTINUALLY!

AN “ABNORMALITY IN THE POWER SYSTEM??”

IT WAS GOD WHO SHUT THE LIGHTS OUT!

And lead us not into temptation, but deliver us from evil: For thine is the kingdom, and the power, and the glory, for ever. Amen. Matthew 6:13

For the invisible things of him from the creation of the world are clearly seen, being understood by the things that are made, even his eternal power and Godhead; so that they are without excuse. Romans 1:20
And having spoiled principalities and powers, he made a shew of them openly, triumphing over them in it. Colossians 2:15
Let every soul be subject unto the higher powers. For there is no power but of God: the powers that be are ordained of God. Romans 13:1

God hath spoken once; twice have I heard this; that power belongeth unto God. Psalm 62:11

That is the place, from which “SUPER BOWL PRAYER PARTY” was born, under the direction and guidance of The Lord.

Whereof I was made a minister, according to the gift of the grace of God given unto me by the effectual working of His Power. Ephesians 3:7

PRAYERS and PRAISES TO GOD are the place from which change begins. There have been many organizations springing up in the last 7 years to also help create awareness of the problems as we do. God IS The Answer.

But I will sing of thy power; yea, I will sing aloud of thy mercy in the morning: for thou hast been my defense and refuge in the day of my trouble. Psalm 59:16

In coming years, I would like to be able to attend conferences about human trafficking and eventually set up “safe houses” for those delivered from sex trafficking and domestic violence. I was the assistant executive director for an agency that ran similar programs many years ago. I would like to be able to travel to speak with senators, congressmen, and leaders of nations about these issues. The day will come when the website will be professionally done (not by me,) and these individual issues will be defined, quantified, addressed on many levels. It all takes time and money.

It never ceases to amaze me how God Has Been Taking every experience I have ever had, and woven them into a tapestry to help His people. It’s humbling. 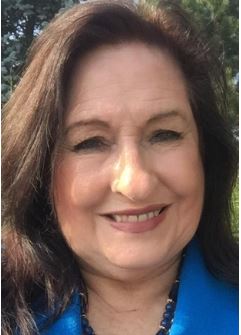 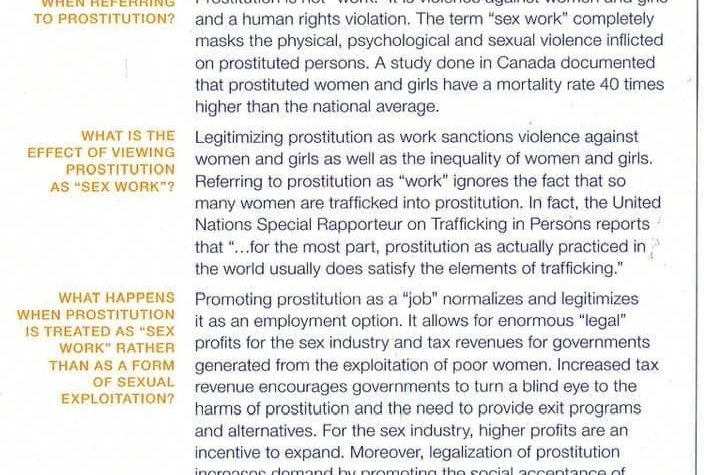